Do you know in your life what truly does not serve you…??  Are you honestly working on transforming it…??

As Prometheus came down and brought humanity fire from the gods, we all have it in us to forge ourselves and transform our lives, in order to transmute darkness into light, weakness into strength, and self-doubt into confidence.

But you must take the time and look within, stop seeking and wallowing in your situations; for if you give attention to what is outside you give fuel to the same, but if you focus on transforming yourself from within then you are fueling your inner experience to create a better experience in your outside.

Everyone’s worried about their lives, but no one seeks the origin of the same.  When a building has structural problems, the builder or engineer must look at the foundations, the inner walls, and to whatever originates everything.  And so must be with life itself, and the foundation of life is what you cannot see, which lies inside you.

Success, love, bliss, harmony can be reached, reconciled in your daily affairs; but you must go to the foundations and strengthen there, otherwise you are just patching the outer walls instead of reinforcing the base of it all. 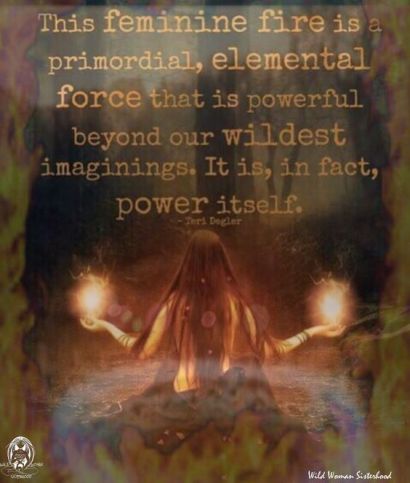 I think is very important to understand women, and when I say women I refer to the emotional body so intense in the woman form; and it is not because I am trying to promote a “Casanova lover” or some kind of guide to better relationships, but it is because understanding the emotional body in women lead us, as men, to understand the emotional body/the feminine body in ourselves.  Of course, the world of ignorant men won’t understand what I mean, because most men know only their intellect, their desires and pride, and allow themselves to be guided by it–i.e., intellectual pursuits in romance and in all aspects is all for them, their whole world is the intellect as they love with it, as they work with it, as they design their lives with it.

The feminine force is not to be analyzed so closely as one scientist analyzes through a microscope, because if you analyze it thus then you miss the point of actually KNOWING it; for the feminine works by intuition, by emotion, by intense feeling, and you cannot dissect this like you dissect a mathematics problem or a financial one.  When a woman feels is not the same as when a man feels, because the woman or feminine force is much more intense and the man, even the man in love, is much more intellectual.  Have you ever observed this carefully…??  You gain much understanding and depth by pure observation of this wonderful human phenomenon.

Intuition is the realm of the pure feminine, untainted by egotism and not influenced by anything; therefore, we may say this sixth sense is divine, and this is why Osho said very wisely, “Women ARE NOT to be understood; women are to be loved.”  And through the feminine then one is closer to God, because women/the pure feminine represent the inner force of The Cosmic Mother in its totality–whose love and sense of KNOWING is as intense as The Sun itself.  The soul of man is a woman/feminine.  The soul of the Earth is a woman/feminine.  Whoever understands the feminine, feels the feminine, understands and feels one with Nature itself.

So many people in the world are ruled by hatred, fear, and the search for money and popularity that their minds are blind to the truth, to reality, they live in this illusion of their minds where everything truly important ages and so they have to compete violently and rush into situations, manipulate and scheme to become better, to become someone else, to become powerful in the eyes of society; for they truly hate themselves deeply and so seek things and accomplishments, and step on others and show their “superiority” just because they need to fill this emptiness they carry inside.
This is the ignorance in the conditioned brain, because they are ruled by dogmas, beliefs, ideas, traditions, memories, and all lifestyles and philosophies borrowed or stolen from others, taught to them and maintained since childhood, they compare themselves to others, they envy and do not know what love/a deeper connection really is. 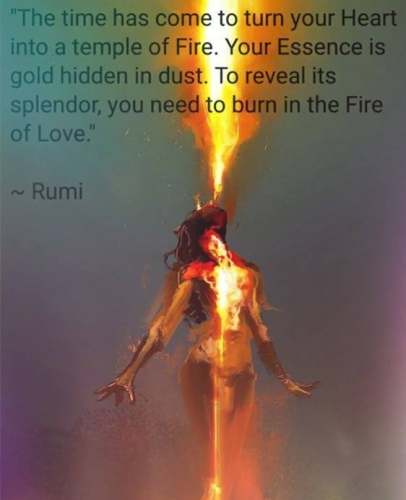 The unquenchable fire of love and compassion for themselves and for others is buried under all these beliefs, traditions, ideas, and lifestyles of competition to see who is superior, who can be a better slave to money, hatred, and all commercialism, in general to a disgraceful society.

They cannot see and feel what lies in themselves buried and so they seek and seek, for ever more because they see themselves aging and time passing so they become impatient and agitated; therefore, they see life as ephemeral and rushing by, they do not understand that what is buried deep inside them, the unquenchable fire of love and compassion, makes them eternal, makes their minds pure, innocent and creative, absolutely free to see reality as it truly is, to see life as it is and find peace and patience from the tricks of time and all thoughts of violence.

“The most powerful weapon on earth is the human soul on fire.” ~ Ferdinand Foch; French general and Marshal.