The doors into perception, as they are limited by thought, tend to be crass, mechanical, confusing, and misguided by beliefs and ideas; therefore, they are seen as the whole of the human experience, and nothing in the mind of the masses exists but these daily patterns of perception.

This is the mundane brain conditioning; brain cells which have been managed through time to work mechanically based upon the environment and past of the individual.  But beyond this perception of daily living there is more, there is a vast source of energy which feeds these mentioned and known patterns of perception; thus, a grid of godly, cosmic, divine, ancient, or however you want to call it, reception or essence which lies beyond mechanical conditioning, namely a vortex or core of silence. 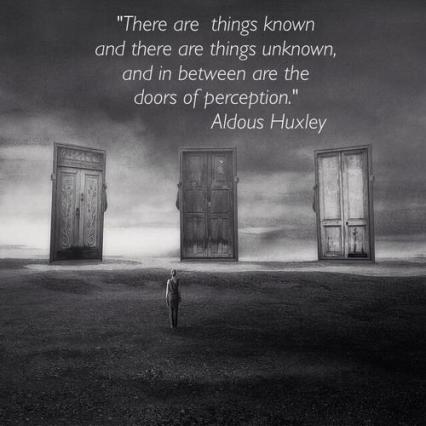 And this silence which is dynamic, vibratory, refreshing, filled with a rich perception beyond the known, is no more and no less than that field of unlimited comprehension and love (rich connection with what is) which carries no concept or duality; where the seeker stops all seeking and basks in the absolute freedom from the known perception of the ignorant masses belonging to a deeply disturbed society.

In this deeply meditative, attentive, and all-wise condition the mind is completely free, unpolluted, and superbly intelligent to accept all change and flow with life as one.

This is indeed the state of reception of the divine which resides in our DNA and in higher states of consciousness brought on by communion with the pure heart through self-awareness, meditation, and deep self-knowledge; consequently, this cleanses the known perception to see clearly our path in life without psychological fears and emotional reactions.

So, what’s beyond the mere perception of your daily physical senses…??  Why do people only lean and believe in the world outside of them, namely the world of age and form…??   The subconscious holds the key to higher states of focus, attention, free creativity, wisdom, and all which guides the conscious human being into the light of truth to fix and create his own life, to not fall into society’s pressures and environment anomalies.  And aren’t these the obstacles for most people’s progress and deep perception of life, deep perception of their own daily problems….?? 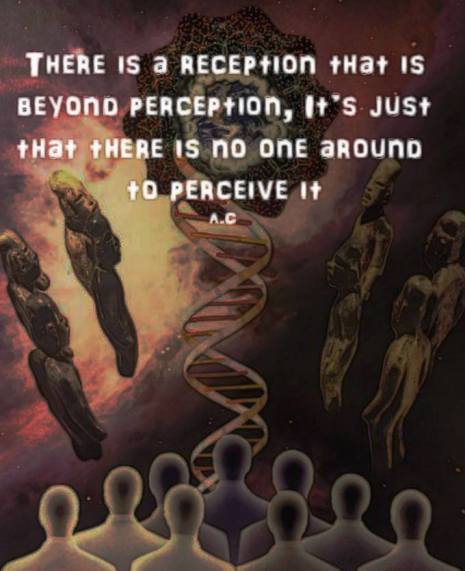 “If the doors of perception were cleansed everything would appear to man as it is, infinite.”  ~ William Blake; English poet, painter, and printmaker.